‘Keeping faith that your poems are good enough, that you should be doing this … is the main issue I brought along to Colin. I was terrified. He asked me to send him 15 poems that he could read and then discuss with me. I had convinced myself that he would hate them. I didn’t sleep well for a week in advance of the meeting.

Colin is a skilled mentor …  He recognised that this was the starting point for me and his first task was reassurance. He didn’t waste time proving that he could analyse and critique the poems in detail. Many, many people would have done that because they would have thought it was both expected and what they were being paid for. Colin is far more skilled than that. He knew that wasn’t what was important. Instead, he suggested different routes I could take from here, for example, link the poems together into a poetry play. I would never have thought of that.’ 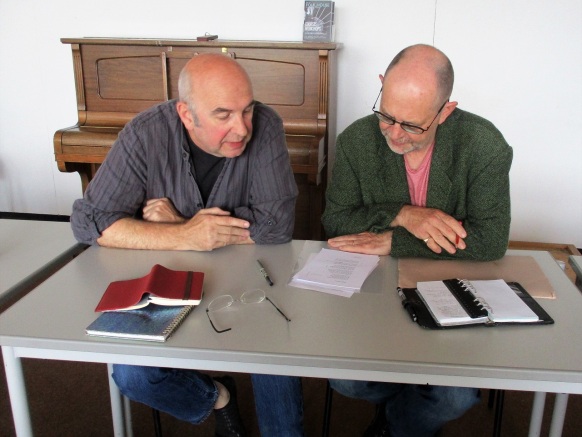 ‘I found Deborah and Colin can be trusted with the secrets of your writing life. I know they can ease you through those secret holes in your confidence, help you set realistic goals to give your work its best chance.

[Their] support has given me confidence in my writing life and improved my mental health radically. To be able to enter a new identity as a writer has been a wonderful revelation. It has altered my relationship with others and how I am seen by them. Without the support in the early stages I think my life would have been very different.’

‘Colin Brown has made the single biggest impact on my writing.  His surgeries are both liberating and challenging. He has really helped me focus on my strengths, and pointed me in directions I was unable to see from inside the middle of the process. Colin’s feedback is always careful, judicious and straight to the heart.

Colin has become an invaluable part of my long-term development as a writer and thinking human being.’

‘The best writing group I’ve been in – very supportive, serious about high standards, and really motivating towards development … and publication.’

Dominic Fisher, winner of The Bristol Poetry Prize 2018 and poet of ‘The Ladies and Gentlemen of the Dead’

‘I’ve been a member of Colin’s advanced poetry group for a long time now, and many published poems (in mags, on-line, in anthologies and eventually inside two full collections) have emerged from the brain-teasers Colin often sets as “homework” – to take us out of our comfort zone and flex our creative muscles. Colin’s generous, inclusive approach and his rigorous expectations are what any aspiring poet needs and should be grateful for.’

Shirley Wright, poet of ‘The Last Green Field’ and ‘Sticks and Stones’

‘Becoming part of [the Friday morning] writing group has really helped me up my game and think harder about how I write. It is a supportive and endlessly diverse and surprising forum – a place to hear great work and receive constructive and imaginative feedback.’

‘After Deborah’s workshop I coined a new expression, “through the wardrobe”. Some people have been through and discovered a land of imagination and try to describe what they’ve seen. But most people, it seems, haven’t and think we’re deluded. I’m saying “we” because I know Deborah’s been through and it seems a lonely task to keep trying to describe it – but that’s what real poets attempt, I think.’ 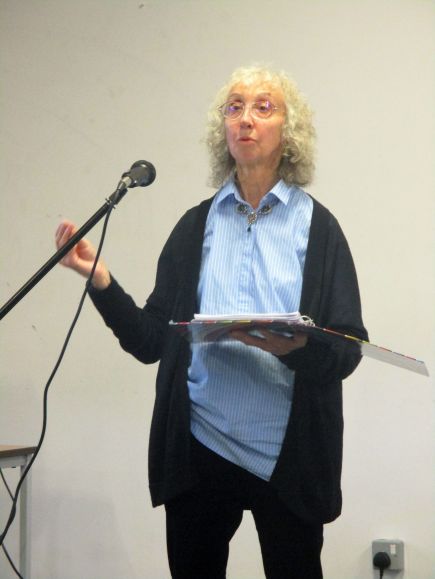 ‘All styles and levels of experience

at the friendliest most inclusive

What makes poetry reach beyond prose is its joyful recognition that there is more to words than meaning alone.