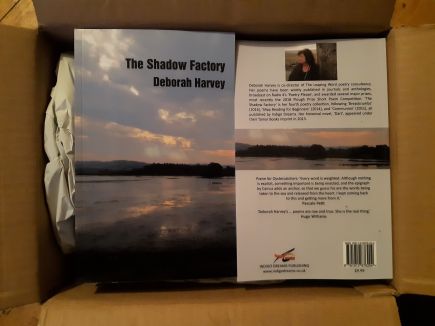 The arrival and ritual opening of a box of newly published books is always an exciting moment. And this time we were especially pleased to see that the printers had padded the cargo with paper rather than bubble wrap.

The Shadow Factory is our Deb’s fourth poetry collection from Indigo Dreams Publishing, and its evocative title is straight out of her childhood in 1960s Bristol. ‘As a young girl I was fascinated by the rollsign of the 98 bus that gave its destination as The Shadow Factory,’ she explains, ‘but as the stop we had to get off at came before the terminus, I never got to see it, and an intimation of certain disappointment prevented me from asking what was made there. As a result, The Shadow Factory became a warehouse of wishes and unrealised dreams, a metaphor for life and death, and eventually this collection of poems that explore childhood, memory and the twilight of those household gods we call parents.’

Other poets have had complimentary things to say about our new addition.

Pascale Petit, who awarded the poem Oystercatchers 1st prize in the 2018 Plough Prize Short Poem competition says: ‘Every word is weighted. Although nothing is explicit, something important is being enacted, and the epigraph by Camus adds an anchor, so that we guess his are the words being taken to the sea and released from the heart. I kept coming back to this and getting more from it.’

And in her sensitive review, poetry film maker and novelist Lucy English says ‘The desire to find a place which is ‘not a leisurely stroll from the ice cream van,’ is a strong theme in this collection. [Harvey] comments on the natural world as if this, and not human life is the greater force … Landscape, animals and birds have an intrinsic beauty which she describes with care.’

To read a selection of the poems from The Shadow Factory, please click here.

Here at the Leaping Word, we love wildlife enough to have a hare as our logo. What’s more, it’s not some terrified creature, hunted to the point of exhaustion and then killed in the name of ‘sport’ – no, it’s a confident, poetic beast.

Yes, foxes can be a pest on farms, and sometimes their numbers need to be controlled, but we’ve never been able to imagine our way into the mindset of someone who supports the hunt.

Nor can publishers, Ronnie Goodyer and Dawn Bauling of Indigo Dreams, and to spread the word (literally), they have produced this beautiful anthology of poems, For the Silent, proceeds from the sale of which go to the League Against Cruel Sports.

If you have a heart and a soul, this book is for you. It costs £10 + p&p and is available from the Indigo Dreams website. (Buying directly from Ronnie and Dawn will maximise funds for the League.)

Someone in our Friday morning group recently wrote a poem about going on an expedition to see long-eared owls on a common outside Blackpool.  The poem was a journey in itself, and engaged the reader so successfully that it really felt as if we were with her, tramping across scrubby ground at twilight, prey to group dynamics, shifting cloud cover and flights of fancy.  However, when we got to the final stanza and encountered the birds, it was almost an anti-climax. Although their appearance was captured precisely and well, the poem seemed to have peaked at the slightly earlier moment of is-that-them-or-not.

Searching for something, with all its attendant hope, dashed or otherwise, its triumphs and frustrations, is a playground for the imagination. I’ve spent several mornings this spring with an hour or so to kill in an old and fairly neglected part of the city, and I’ve been wandering along wooded river banks to a park with a former boating lake, all within a stone’s throw of the motorway. There have been lots of things I haven’t seen.

In particular, the number of times I’ve nearly spotted a kingfisher have far outnumbered actual sightings. 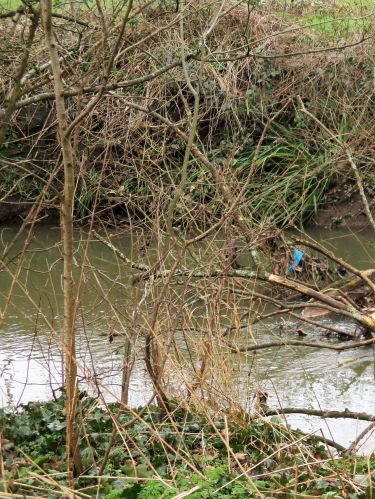 It strikes me that the poet has to be like the hunter – or rather, wildlife watcher. Idle yet alert. Focused yet open to imaginative possibility. And with the added requirement of knowing when to step back and let the reader make that final capture.

Here’s a sonogram from my 2014 collection, Map Reading for Beginners.

dark as the bark of a dog-fox

a perfect place for

a robin declares itself,

in dandelions and vetch

we lean upon a gate and hold our

Postscript:   I heard a nightingale singing last night (Saturday 11th May 2019) at Bushey Coombe in Glastonbury, and it was beautiful. And I’m not planning to write a poem about it. 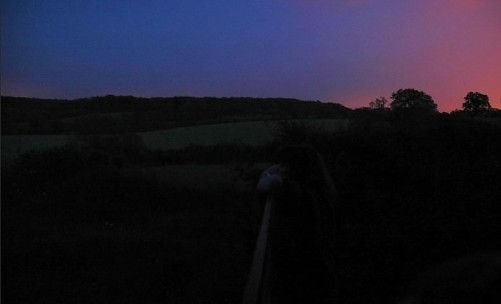