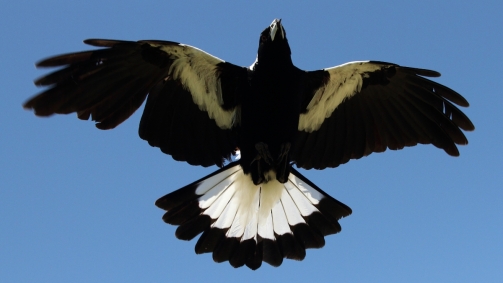 I don’t understand why a poet would plagiarise another poet’s work. It goes so deeply against the reasons why people are drawn to poetry, both as readers and writers. It’s a betrayal of another and it’s a betrayal of self. It’s sad and it’s despicable. I suppose in the poetry community it’s just about the worse thing you can do. The financial rewards of writing poetry are not huge, certainly not worth risking one’s reputation for, because poets exposed as plagiarists pretty much become persona non grata to other poets. It’s worse than being a drugs cheat in athletics. You would have to be really lost to do it.

One of the worst ways in which plagiarism takes place, because of the intimacy and the direct betrayal of trust, is when a poet steals a fellow poet’s work in a poetry writing group or workshop, and even more so if it is the workshop leader actually doing the stealing! Real poets don’t magpie.

I run poetry writing groups in Bristol. Amongst the ground rules, discussed from time to time and always when a new person comes into the group, are the importance of confidentiality and the absolute prohibition against ripping off the work of fellow group members. Happily, plagiarism’s never been a problem for our groups.

Sadly, I’ve recently heard of a number of instances where plagiarism has taken place in poetry workshops, which is what prompts me to write this.

I would advise anyone attending a poetry workshop to raise the issue at the start of the workshop by reminding the group about the importance of respect, confidentiality and the prohibition against plagiarism, which includes nicking a line and altering it just a little bit. It might not stop a determined plagiarist but hopefully it will give them pause to consider what they’re doing.

And if anyone tells you it’s not plagiarism if the line concerned hasn’t been published, they are wrong and it is.

Be safe out there!

View all posts by colinabrbrown

2 thoughts on “A Plague on Plagiarism”